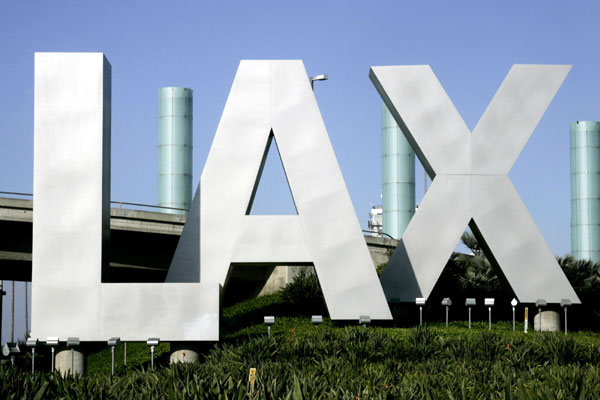 Don’t take marijuana to the airport in Los Angeles or any airport in California for that matter. It’s a really bad idea. Even if you have a valid medical marijuana recommendation from a physician and even if you’re traveling within California, don’t do it. Here’s why. Along with a quick overview of what could happen to you if you’re caught with weed at Los Angeles International Airport (LAX).

BUT I HAVE A VALID MARIJUANA RECOMMENDATION, AND I’M TRAVELING FROM LAX WITHIN CALIFORNIA

Nice try. But no. For starters, in airports federal law preempts state law. That means that even though you may have a defense to possession of marijuana based on a valid medical marijuana recommendation, federal law doesn’t recognize such things.

Realistically, are the feds going to indict you for a small amount of marijuana in the airport? Probably not. But the LAPD or the Airport Police will absolutely cite you or arrest you whether you have a medical marijuana recommendation or not.

SO WHAT WILL HAPPEN TO ME ONCE I GET A CITATION OR ARRESTED?

Well. If the quantity of marijuana, edibles, or concentrates is deemed to be for personal use you will either be arrested or issued a citation. If you possess less than an ounce of marijuana, you will likely be given a citation (like a traffic ticket) with a future court date.  Your weed will be confiscated and you will most likely be allowed to continue on your way.

If it’s more than an ounce, or if you are in possession of concentrates or edibles, you may be arrested. Yep. Handcuffs, fingerprints, and booking photo. Most likely at LAPD Pacific Division. If you have no prior arrests or outstanding warrants, you should be released on your own recognizance “OR” (meaning you don’t have to post a bail) and given a future court date. If you have priors or if they think that you are possessing the weed for sale, you may need to post a bail.

You will be sent to appear at the Airport Courthouse, which is right near LAX (go figure). If you are charged with a felony, you will need to personally appear. Most likely in Dept 144 of the courthouse (check your citation or bail paperwork to be sure).

If you are charged with a misdemeanor and you are going to be represented by the public defender, you absolutely need to appear in court. Most likely Department 141 of the Airport Courthouse (again, check your citation or bail paperwork to be sure). However, if you hire a private attorney, the attorney can appear on your behalf without you being present in court.

Once you’re court case is up and running, your attorney will then attempt to work out the best possible result. You and your attorney will assess the evidence against you and any possible defenses. What will the result be? No attorney can tell you the possible result of a case. It depends on the specific facts and circumstances.  If you have a valid medical marijuana recommendation, that may be a complete defense to these charges (but very fact specific). But even if you don’t, these cases are common at the Airport courthouse and if it’s a simple possession case and you don’t have any prior criminal history, favorable dispositions are possible as long as your lawyer has experience in handling these kinds of matters.

Bottom line: If you or a loved one are accused of possessing marijuana at LAX contact a qualified and experienced criminal defense attorney who has experience handling cases at the Airport Courthouse. You can contact The Law Offices of Jerod Gunsberg at (310) 210-0744 or via this confidential contact form.