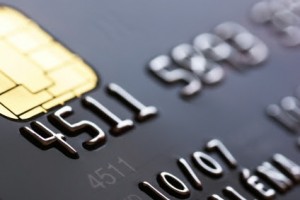 Federal court is different. It has different judges, prosecutors, juries and rules than California state courts, where most criminal charges are handled. At the Law Offices of Jerod Gunsberg, we use our detailed knowledge of federal courts in Los Angeles, Santa Ana (Orange County), Riverside, and San Bernardino to aggressively defend anyone who has been charged with or is under investigation for committing bank fraud or for having any involvement with a conspiracy to commit bank fraud.

What Is Federal Bank Fraud

Under 18 U.S.C. Section 1344, the primary federal bank fraud law, bank fraud involves knowingly executing a scheme of some sort to defraud a financial institution in order to obtain money, credits, assets, or other kinds of property. Every violation of the bank fraud law is punishable by a fine of up to $1 million or a prison sentence of up to 30 years.
Bank fraud can takes place in many ways. The most common examples include:

In addition, in order for the federal bank fraud law to apply, the financial institution must be chartered or insured by the federal government (as opposed to state law).

Although bank fraud involves can take place in different ways, two issues are often at the heart of defending a federal bank fraud charge.

Can the prosecutors prove beyond a reasonable doubt that the person charged with bank fraud intended to deceive in order to gain some financial advantage?

Much of the evidence that prosecutors use in bank fraud cases is innocent. It involves conduct that is very similar to conduct that is wholly ordinary and legal. This includes completing loan applications, submitting financial documents, and depositing checks. The key element in defending bank fraud cases, therefore, often involves challenging the evidence that the prosecution uses to argue that the defendant’s conduct was done with an intent to deceive.

Where bank fraud charges involve an allegation that a fraudulent statement was made, was the statement material? To be convicted of bank fraud, prosecutors must show more that the information was incorrect. Someone who misstates his or her corporate income by a small amount would not be guilty of bank fraud. Prosecutors conclude that incorrect information was presented intentionally. That is enough to make someone guilty of bank fraud. The incorrect information must be important enough that it would have led the lender to either reject the loan application or make some other materially different decision. Defending a bank fraud case therefore involves challenging the evidence that federal agents and prosecutors rely upon to conclude an intent to commit fraud.

Bank Fraud and Other Federal Crimes

People who are accused of bank fraud are generally charged with a combination of the other federal crimes such as making false statements to financial institutions (18 U.S.C. Section 1014) and less commonly, the Financial Institutions Reform, Recovery, and Enforcement Act of 1989.

People accused of violating the federal bank fraud statute are also generally charged with Mail fraud, wire fraud, conspiracy, bank fraud, and money laundering. These crimes involve generally innocent behavior, such as mailing a letter or making a long-distance phone call. Much of the evidence in bank fraud cases involves email communications and written documents. It is therefore important that people not speak to federal agents before speaking with an experienced federal criminal defense attorney. Federal prisons are full of people who were told by the FBI that they were only witnesses in an investigation. And as with other federal crimes, federal agents and prosecutors are particularly interested in conspiracy cases that involve large numbers of people.

How an experienced financial fraud attorney can help

Given how extreme are the potential punishments under federal law for bank fraud, it is critical that you work with an experienced federal fraud attorney. Whether your situation involves the FBI or any other federal agency, or whether you may only be a “witness” in a bank fraud case, or have been accused of being more actively involved in a federal bank fraud conspiracy, the Law Offices of Jerod Gunsberg will aggressively defend any bank fraud-related charge based on our extensive experience in the Federal courts in Los Angeles, Orange County, and Riverside.