If you are accused of a theft offense in California, you are facing serious consequences. A theft could be charged as a misdemeanor or a felony. Los Angeles theft defense attorney Jerod Gunsberg can help.

There are two main categories of theft charges in California: petty theft and shoplifting charges. 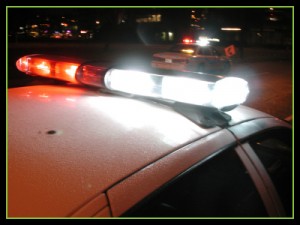 First time petty theft and shoplifting offenses are charged as misdemeanors and carry a maximum sentence of six months in the county jail, three years summary probation, and a $1,000 fine.

To be convicted of petty theft under Penal Code 484, one of the elements the prosecution must prove is that the defendant intended to steal the item.

To be convicted of shoplifting under Penal Code 459.5, the prosecution must prove that the defendant entered a store during operating business hours with the intent to steal the merchandise. Unlike petty theft, one can be charged with Penal Code 459.5 even if nothing was actually stolen. Prosecutors are not permitted to charge a defendant under both shoplifting and petty theft. They have to choose one or the other.

In many petty theft and shoplifting cases, the intent element is non-existent. People often are in a hurry when they are shopping and are pulled in many directions. Often people “space out” and leave a store wearing an item of clothing they tried on without putting on their own clothes. At the grocery store, a shopper puts items in a reusable shopping bag, does not pick up anything else, and leaves the store without realizing that he or she did not pay for the item in their bag. Sometimes people’s so-called “friends” put merchandise in a person’s purse or in the storage area of a baby stroller without telling them. Our defense lawyers are experienced in dealing with these issues head on.

In some cases, there are underlying emotional and psychological issues that lead people to shoplift. Many people steal because they get a “thrill” out of it or do it for the challenge even they don’t necessarily need the items they stole. Some people, who do can afford to buy the merchandise, have no idea why they stole.

If you want help understanding and changing your behavior, we can help. We work with a wide range of support groups and professionals that can help you. If started early enough, participation in a theft diversion program or private counseling may help in getting your sentence reduced or even dismissed.

Petty Theft with a Prior

As of January 1, 2015, petty theft with multiple priors can no longer be charged as a felony unless the following conditions exist.

1) You have previously been convicted of and served jail time for theft related offenses.

2) You also have a prior conviction for theft, fraud, or embezzlement from a dependent adult (commonly known as financial elder abuse).

If all these convictions exist, then the prosecution may filed a petty theft as a felony or a misdemeanor.

In most cases, grand theft charges occur when property over $400 in value is stolen (as of January 1, 2011 this raises to $950). Grand theft can be charged as either a misdemeanor or a felony.

Like Petty Theft, in grand theft cases the prosecution must show the intent to steal an item. In the retail setting, many people accused of grand theft are employees of retail chains. Employees are often accused of processing returns for a higher dollar amount than the item sells for and pocketing the difference. Other common grand theft offense scenarios include leaving a hotel without paying the bill or renting equipment from a store and never returning it.

In many theft cases, we can contact the victim and offer what is known as a “civil compromise.” This arrangement, pursuant to Penal Code Sections 1377 and 1378, means that the victim will accept repayment or return of any stolen property and in return they will recommend to the prosecutor that the charges be dismissed.

Generally speaking, if the victim is an individual or a “mom and pop” store, there is a greater likelihood that they will agree to a civil compromise (major retailers tend to adhere to their “all shoplifters will be prosecuted” policy – but there are instances where a big chain store agrees. It will usually require a compelling set of circumstances). However, even if the victim is on board, the prosecutor is under no requirement to agree to a civil compromise, even if the victim says it is OK.

Many times people end up with gifts, or buy things from friends or family at a good deal without knowing they had ended up with stolen property.

Most people know that shoplifting or stealing someone’s wallet is theft, but many people are surprised at the other ways theft can be charged.

Here are some examples:

Don’t hesitate to get in contact with a theft defense attorney as soon as you are charged. It is never too early to get help when it comes to dealing with property crimes. Attorney services are readily available today.