Most people have a basic misunderstanding of what money laundering is—they envision a sophisticated scheme to funnel large amounts of money through a bank. The FBI, other federal law enforcement agencies, and federal prosecutors know better. They know that a money laundering charge can be made in a wide array of financial crimes. That is why any person who is under investigation for or has been accused of money laundering faces serious potential criminal penalties. Federal money laundering convictions can result in prison sentences as long as 30 years. 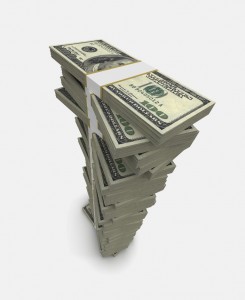 Federal court is different. It has different judges, prosecutors, juries and rules than California state courts, where most criminal charges are handled. At the Law Offices of Jerod Gunsberg, we use our detailed knowledge of federal courts in Los Angeles, Santa Ana (Orange County), Riverside, and San Bernardino to aggressively defend anyone who has been charged with or is under investigation for committing money laundering or for having any involvement with an alleged conspiracy to commit money laundering.

What is Federal Money Laundering?

The basic federal law criminalizing money laundering is called the Money Laundering Control Act of 1986. The law has two sections; 18 U.S.C. Sections 1956 and 1957.

Section 1956 prohibits individuals from engaging in a financial transaction with proceeds that were generated from certain specific crimes, known as “specified unlawful activities” (SUAs). The law also requires that an individual who engages in the SUA specifically intend to hide the source, ownership, or control of the funds related to that unlawful activity.

To prosecute someone for violating Section 1956, federal prosecutors must prove every element of that crime beyond a reasonable doubt. The most important and contested elements are:

Contrary to what some people believe, a money laundering charge doesn’t need to involve a minimum amount of money. The person who conceals the funds doesn’t need to know the full extent of why the funds are illegal. They merely need to intend to conceal the source of the funds. 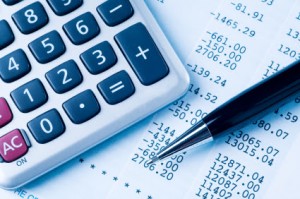 Defending a money laundering charge for violating Section 1957 is similar, except that the prosecution must also prove beyond a reasonable doubt that the funds that were intended to be hidden passed through a federal financial institution, such as a federally chartered bank. In contrast to Section 1956, Section 1957 makes it unlawful to spend more than $10,000 derived from “specified unlawful activities.” Because Section 1957 does not require an intent to hide funds, it generally carries a lesser penalty than a conviction under Section 1956.

Because under Sections 1956 and 1957, the prosecutor must establish a connection between the money and the crime, a successful defense involves challenging that connection. Likewise, as with many federal laws that require a showing of intent, it is not enough for the prosecutors to show that the defendant deposited funds that the proceeds of a crime. The prosecutor must show beyond a reasonable doubt that the defendant had an intent to conceal. Under Section 1956, the prosecutor doesn’t have to prove that the funds passed through a financial institution such as a bank. Even passing money to a friend with an intent to conceal can violate Section 1956.

Money Laundering and Other Federal Crimes

People who are accused of money laundering are generally charged with a combination of the following federal crimes: Mail fraud, wire fraud, conspiracy, bank fraud, and mortgage fraud. (Link to corresponding federal page on the website). These crimes involve generally innocent behavior, such as mailing a letter or making a long-distance phone call. Much of the evidence in money laundering cases may involves email communications, written documents, and otherwise lawful actions. It is therefore important that people not speak to federal agents before speaking with an experienced federal criminal defense attorney. Federal prisons are full of people who were told by the FBI that they were only witnesses in an investigation. And as with other federal crimes, federal agents and prosecutors are particularly interested in conspiracy cases that involve large numbers of people.

WHY AN EXPERIENCED FEDERAL MONEY LAUNDERING DEFENSE LAWYER CAN HELP