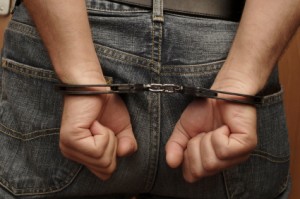 In Los Angeles and throughout California, police often arrest people for resisting arrest after they have been victims of police brutality. Some police officers may attempt to justify their actions by alleging that someone interfered with the performance of their duties. If you were mistreated or injured during your arrest, contact The Law Offices of Jerod Gunsberg at 310-210-0744 to discuss your case.

We can obtain disciplinary records regarding the arresting officers that police departments generally like to keep secret. We may be able to obtain contact information for witnesses who have been mistreated in a similar way. We can also obtain medical records, and even a copy of your booking photo, in order to show the Judge and jury the injuries you suffered at the hands of the police.

You may be charged with either a misdemeanor or a felony for resisting arrest, or for delaying or interfering with a police officer or other government official in the lawful performance of their duties.  If you used violence, or threatened to use violence, the case may be filed as a felony.

Generally, the prosecution will have to prove the following:

If you have been charged with resisting arrest, contact the Law Offices of Jerod Gunsberg at 310-210-0744 for a free and confidential discussion of your case.