A Few Years Can Last a Lifetime

When you are young, it is easy to think that your actions today will be gone tomorrow. That no matter what happens to us will soon be yesterday’s news or a distant memory. When it comes to sexual conduct however, misinformation and mistakes can have devastating consequences that can last for years – even a life time. If you are in California and have, or plan to, engage in sexual conduct with a minor, especially if you are over the age of 18, there are certain key facts you should know.

If you have been charged with illegal conduct in this area, there are certain things you should do and people you should call – and our attorneys should be at the top of the list. 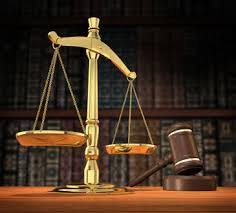 In California, it is unlawful to engage in sexual intercourse with a minor – any person under the age of 18 – if you are yourself over 18 OR if the person you are engaging in intercourse with is at least three years younger than you are, no matter how old you are (Criminal Code Section 261.5).

There are some exceptions. California’s “Romeo & Juliet” exception, for example, seeks to protect defendants who are separated by fewer than three years from the minor – but it does not automatically absolve those individuals from guilt. Even when the exception applies, misdemeanor charges can still be brought and sex offender registration may still be required.

Also, unlike many other states, a claim that you were mistaken about a person’s age or not aware that they were underage can sometimes help a defendant – if approached in the right way by experienced counsel.

Finally, there is a marital exemption to the statutory rape law: married individuals can have legally engage in sexual conduct even if their ages would prohibit it if they were not married.

Often, these situations arise between people who, in other circumstances, would be viewed as consenting individuals. Sometimes, the two people involved have feelings for one another or have been in an ongoing relationship for some time. The circumstances of individual cases do play into these kinds of cases and judges and prosecutors can be swayed to take them into account – especially if presented by an informed, knowledgeable and experienced defense team.

Any person found guilty of engaging in unlawful sexual intercourse with a minor who is more than three years younger than the perpetrator can be charged with either a misdemeanor or a felony, and can be punished by imprisonment in a county jail not exceeding one year, or by imprisonment in the state prison.

Any person over the age of 21 years found guilty of unlawful sexual intercourse with a minor who is under 16 years of age can be charged with either a misdemeanor or a felony, and can be punished by imprisonment in a county jail not exceeding one year, or by imprisonment in the state prison for two, three, or four years.

There are also potential civil penalties that can become extremely costly for defendants. An adult found guilty of statutory rape may be liable for civil penalties  in the following amounts:

(A) An adult who engages in an act of unlawful sexual intercourse with a minor less
than two years younger than the adult can be found liable for a civil penalty not to
exceed two thousand dollars ($2,000).

(B) An adult who engages in an act of unlawful sexual intercourse with a minor at
least two years younger than the adult can be found liable for a civil penalty not to
exceed five thousand dollars ($5,000).

(C) An adult who engages in an act of unlawful sexual intercourse with a minor at
least three years younger than the adult can be found liable for a civil penalty not to
exceed ten thousand dollars ($10,000).

(D) An adult over the age of 21 years who engages in an act of unlawful sexual
intercourse with a minor under 16 years of age can be found liable for a civil penalty
not to exceed twenty-five thousand dollars ($25,000). 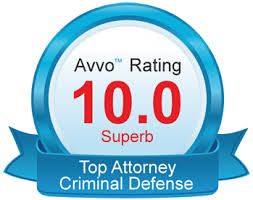 It should now be clear that, in this context, facts and circumstances matter. Having an attorney who knows the law, has dealt extensively with the prosecutors and judges involved and is familiar with the full spectrum of options available to defendants is crucial. At the Law Offices of Jerod Gunsberg, our attorneys have negotiated hundreds of plea bargains in this area and often, have managed to avoid sentencing altogether. With years of experience in statutory rape cases, Jerod Gunsberg and his team know that taking the time to truly know and understand each defendant’s story is important because it can determine the outcome.

Being charged with rape in this context can be an agonizing and painful experience for all involved. Our attorneys offer discreet, sympathetic and supportive counsel while engaging in aggressive negotiations and offering unparalleled and passionate advocacy on behalf of our clients.

If you want someone who will worry about your case and your future as much as you do, please contact us for a free consultation.