Were You Arrested for Driving on a Suspended License?

Do You Want Your California Driver’s License Reinstated? 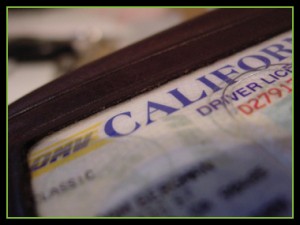 If your California driver’s license has been suspended, we can help you get it back.

If you are charged with driving with a suspended license, getting your driver’s license reinstated could keep you out of jail.

Your driver’s license may have been suspended for many reasons, perhaps you were deemed a “negligent operator” for getting too many tickets, or you had traffic tickets that were never paid, or you failed to appear in traffic court, or you were convicted of a DUI and never completed your AB541 or SB38 classes.

Whatever the circumstances, getting your California driver’s license reinstated may be easier than you think. Often it just takes some help from an experienced criminal defense attorney to help you navigate the Los Angeles courts and the DMV so you can get finally be behind the wheel legally and without serving any time in jail.

HABITUAL TRAFFIC OFFENDER PUNISHMENT: The California courts or DMV can also declare that you are a habitual traffic offender. This occurs when your license is suspended or revoked and in a 12 month period you were convicted of another driving violation; including reckless driving, a DUI, excessive speeding, or multiple accidents where you damaged property. If you are declared a habitual traffic offender, you license will be revoked for three years.

HOW PROSECUTORS PROVE YOU WERE DRIVING ON A SUSPENDED LICENSE

To be convicted of driving on a suspended license, all the prosecution needs to be prove is the following:

If none of these occurred other evidence can be used to try and prove the defendant knew of the suspended license.

YOU CANNOT AUTOMATICALLY DRIVE ONCE THE SUSPENSION IS OVER

Once the suspension on your license expires you can not just begin driving again. The DMV requires affirmative steps be taken to have your license reinstated. If you begin driving before you take these steps you will be found guilty of driving on a suspended license.

One way to avoid these harsh penalties is to get your driving privilege reinstated.
Call The Law Offices of Jerod Gunsberg anytime at (310) 210-0744 to discuss your driver’s license reinstatement.  The consultation is free.