No area of federal law has seen a greater increase in prosecutions than cases involving charges of unlawful computer hacking. The United States Attorneys’ office has filed numerous charges in connection with a wide variety of financial crimes.

When Is Computer Hacking A Federal Crime?

The Computer Fraud and Abuse Act (18 U.S.C. Section 1030) is the basic federal law that defines when computer hacking is a federal crime. The law applies to seven general categories of unlawful computer hacking: 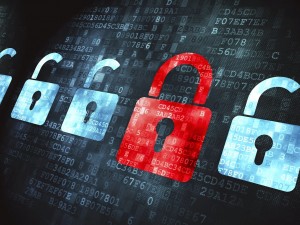 Because of the wide range of crimes involved, people who are charged with violating federal computer hacking laws routinely face lengthy prison sentences and large fines.

The basic elements of computer hacking is fairly straightforward. For example, to prove that an unlawful property of a federal computer, prosecutors must prove each of the following elements beyond a reasonable doubt:

Defending such a case involves challenging each of these elements. The biggest issues are often whether the use of the computer was authorized and most importantly, whether the hacking was intentional. 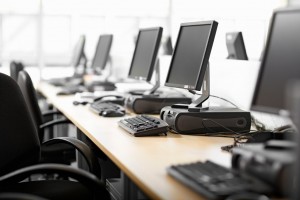 In many cases, intent can only be established through circumstantial evidence. That is why successfully defending a computer hacking case involves collecting and organizing information from a variety of sources, such as emails, correspondence, and witness interviews.

Computer hacking cases also regularly raise chain of custody issues. Specifically, the government’s evidence may suggest that a particular device may be connected to a particular unauthorized use of another computer. But that is not the same as proving that the person charged with computer hacking was the person who had control over the computer at the relevant time. This is just one example of why defending computer hacking cases requires both knowledge of how computer systems work, the ability to work with computer experts who can evaluate the evidence that federal prosecutors rely on, and experience in defending criminal cases in federal court.

WHY AN EXPERIENCED FEDERAL COMPUTER HACKING DEFENSE LAWYER CAN HELP

Given that computer hacking and related federal crimes are subject to such extreme punishments, it is critical that you work with an experienced federal defense lawyer. Because computer hacking charges may involve the confiscation of computer hardware and software, even people who are just witnesses can be subject to substantial inconvenience. Whether your situation involves the FBI or any other federal agency, or whether you may only be a “witness” in a computer hacking fraud case, or whether you have been accused of being more actively involved in a federal computer conspiracy, the Law Offices of Jerod Gunsberg will aggressively defend any computer hacking-related charge based on our extensive experience in the federal courts in Los Angeles, Orange, Riverside, and San Bernardino Counties.