Getting Out of Jail After You Have Been Arrested

If you are reading this, a friend or loved one is likely being in held in jail with bail. Before bailing your loved one out, it is essential that you contact a qualified criminal defense attorney. The bail rules are very specific and unless you are familiar with the court procedures, you may end up spending far more money than you need to.

The most common mistake people make is bailing out of jail before talking to a qualified criminal defense lawyer.

Of course, no one wants to be in jail. But before you bail your loved one out, call an experienced criminal defense attorney before you call a bail bond company. The bail rules are complicated. If you bail out before court, you will likely pay somewhere between 8 and 10% of the total bail to a bondsman (on a $100,000 bond that’s $8 – $10K). If you wait until going to court, your attorney may be able to get you an “own recognizance” (“OR”) release – that means you wouldn’t have to pay any money to a bond company at all. Your attorney may also be able to get the amount of your bail down. 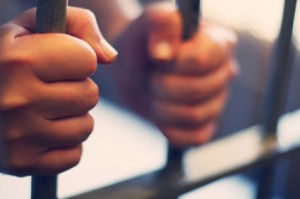 If a charge involves drugs, theft, or identity theft a prosecutor may put what is known as a “1275 hold” on the bail. This means that before bail is posted, the defendant must prove to the court that the money used for bail was not “feloniously obtained.”

Even worse, is that sometimes the prosecutor will add additional charges and the judge will increase the bail after you’ve already bailed out. Of course, a good criminal defense lawyer will do everything possible to stop this from happening, but it can happen.

Listen, no one wants to sit in jail until they go to court and if they need to bail out, then they need to bail out. But at the very least, you should contact the Law Offices of Jerod Gunsberg for a free consultation about the situation so an informed decision can be made.

After you have been arrested, the police may give you a citation to appear in court on a future date and may release you. People are frequently given citations without being taken to jail for misdemeanors like driving without a license. For charges like Driving Under the Influence, people are often taken to jail in a local police station for several hours and are then released pending their court date.

For more serious charges, especially felony charges, or if you have any outstanding warrants, you will probably not be released unless you can pay the bail amount. In these cases, the arresting officers will take you to jail in a local police department and will set a bail amount. Bail is used as a way to guarantee that you will show up in court. If you pay the bail, you will be released until your court date. If not, you will either wait in the jail in the police station or will be transferred to the County Jail pending your first court date. You will be generally be taken to court within one to three days of your arrest.

It is a good idea to contact a criminal defense lawyer at this stage in the process. Depending on your charge, your lawyer may be able to contact the jail to ask that you be cited out, or released without paying bail, pending your next court date.

There are 2 ways to bail out of jail. The first is to pay the entire amount. If your bail were set at $10,000, for example, you would pay the full $10,000. As long as you continue to appear on time for your scheduled court dates, the money you paid for bail will eventually be returned to you at the conclusion of your case, even if you are found guilty. Bail is not a punishment but is a way to make sure you come to court. The amount of bail in your case will depend on your charges and whether you have any outstanding warrants.

The second and more common way to post bail involves paying ten percent of the bail amount to a bail bond agency, which will then post the entire amount of the bail. This requires less access to cash to bail out. For example, if your bail were $10,000, you would pay approximately $1,000 to the bail bond agency. The money you pay the company is like a service fee you pay in exchange for them loaning you the total bail amount. The agency will generally require some collateral such as a house or a car to ensure that you will continue to show up in court since the agency will lose the bail money they pay if you fail to appear at a future court date. With this approach, however, the money you pay to the bail bond agency is not returned to you, even if you are eventually found not guilty or your case is dismissed.

The first day that you appear in court after being cited or detained for violating the law is called your arraignment. On your arraignment day, you will find out what charge or charges have been filed against you, and you will decide whether to plead guilty, not guilty, or no contest. Sometimes people are arrested but a case is not filed in court. The prosecutors may not feel that there is strong enough evidence to file a case, for example. This would be good news for you, because it means that you do not have to go through the court process. However, if you posted bail before your arraignment date through a bail bond agency, the money you paid the agency will not be returned to you.

If you decide to plead not guilty, the Judge will set another court date. The Judge will also set a bail amount, or will determine that you can be released without paying bail.

Depending on your criminal record and the nature of the charges against you, the Judge may decide to release you “OR” or on your “own recognizance.” If you are in custody when you appear in court for your arraignment, your attorney can present information to help convince the Judge to release you without bail. Courts consider your ties to the community, such as your job and family ties, to assess whether you are likely to return to court without posting bail. Courts also consider whether you present a danger to public safety when determining whether to release you OR. If you would need to go through a bail bond agency to post bail, you may be able to save some money by waiting in custody until your arraignment date. Spending a night or two in jail may save you thousands of dollars if the Judge decides to release you without bail.

The Judge may either increase or decrease the bail that the police have set. Your attorney may be able to convince the Judge to set a lower bail, which could potentially save you a lot of money on bail.

The following documents can be helpful when asking a Judge for OR or a lower bail:

After bail is set at your arraignment, your attorney may be able to contact the County Jail to see if you can be cited out, meaning released without posting bail. Due to overcrowding in the Los Angeles County Jail, for example, people are frequently cited out for non-violent offenses with bail amounts less than $26,000. When this happens, they are released from custody without posting bail and are given a citation indicating their next court date. There is no guarantee that you will be cited out, but it is a possibility your attorney can explore.

Under some circumstances, the jail will put a “hold” on you, meaning that you cannot be bailed out. This generally occurs when people are on parole or are suspected of not having proper immigration documentation.

No Bail in Juvenile Court

The bail process described above applies only in adult court. Juveniles do not have a right to bail in delinquency proceedings. Police, Probation, or a Judge determines whether a juvenile will be released or will remain in custody while the case is pending. Refer to the Juvenile Defense page for more information.

For more information about bail or your case in general, call Los Angeles criminal defense attorney Jerod Gunsberg at (323) 633-3423 for a free and confidential consultation or get in touch via the secure contact form on this page. Help is available 24 hours a day, 7 days a week.