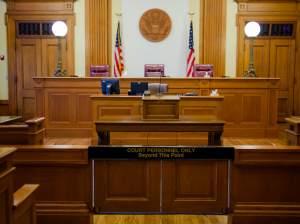 Yesterday I saw something in court that I think is worth sharing. A judge ordered a former juror into court for a contempt of court hearing. Apparently, this juror had shown up for duty, was sworn in as a juror, was told to come back for the trial, and then never showed up. They never called the court or notified the court in any way—just flat out didn’t show up.

Nobody likes getting called for jury duty, but the juror coordinators in Los Angeles County are usually reasonable with scheduling for people who have conflicts. However, once you show up for jury duty, and certainly once you are in the courtroom and sworn in by the clerk of the court, you absolutely cannot leave unless and until you are excused by the judge. Just as lawyers, witnesses, and court staff are expected to follow the court’s orders, so are jurors.

So, what exactly is a contempt of court proceeding? In a criminal court, willfully violating a court order is a violation of Penal Code Section 166. This can be punished by a fine, jail time, or both. In the case of this juror, however, all the judge wanted to do was haul them into court, issue a stern reprimand, and order them to report back for jury service the next day.

Was the judge being heavy handed? Consider this: Jury service is enshrined in our constitution. People have a right to be tried by a jury of their peers. If a court lets jurors willfully disregard direct orders from the court, it undercuts the court’s authority and the integrity of the system. This is not about a judge’s ego taking a hit because a juror didn’t follow an order; it’s about protecting the authority of the court system. While inconvenient, jury duty is tremendously important.

Furthermore, jury duty is tremendously interesting. I’ve served on two juries, and as a lawyer, I found it especially interesting being on the other side of the jury box. It was an invaluable experience. I’ve yet to talk to a juror who has walked out of a case without gaining a deeper understanding and appreciation of our legal system. While certainly not as exciting as it appears on television (and we lawyers are generally not as good looking as those who play us on television), it’s a lot more interesting than you may realize.

Bottom line: Show up for jury duty and listen to the judge! You’ll like it. I promise.