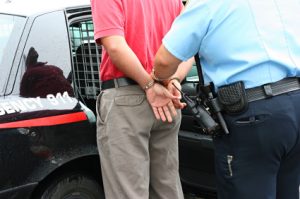 California Penal Code Sec.1000 allows for a Deferred Entry of Judgment (DEJ) for first time drug possession cases. This long-standing law allows defendants to withdraw their guilty plea and avoid a conviction if drug awareness classes are completed, and if the defendant has no new arrests for a period 18 months. At the end of the 18 months, the case is dismissed, and the defendant can truthfully answer that he or she was never convicted.

Unfortunately, for immigration purposes the federal courts do not recognize DEJ as an “immigration safe” disposition. Non U.S. citizens who enter into DEJ are still subject to removal, denial of amnesty, denial of reentry, and denial of naturalization. This is true even if the DEJ is successfully completed and the case is dismissed under Penal Code Section 1000.3.

In 2016, the California legislature attempted to remedy the immigration problem with DEJ by enacting Penal Code Section 1203.43. Under this new code section, non-U.S. citizens who successfully complete DEJ are entitled to go one step further than dismissal. This law allows the defendant to withdraw the guilty plea altogether. In theory it is as if the guilty plea never happened and the case is dismissed.

There are two problems with this:

1) Non-citizen defendants are still subject to removal and denial of reentry for the 18 month period while they’re on DEJ.

Accordingly, it is advised that non-citizen clients discuss this PC 1000 DEJ with their criminal defense attorney or immigration attorney before agreeing to it. It is advisable for an informal diversion agreement be entered into prior entering a plea. If this is not possible, it may be a safer bet to actually take a conviction on an immigration-safe plea such as trespassing without property damage or disturbing the peace.

If you have any questions about DEJ and immigration, give the Law Offices of Jerod Gunsberg a call at (323) 633-3423 or fill out our confidential contact form.