California Prop 64 to Legalize Recreational Marijuana Use in California 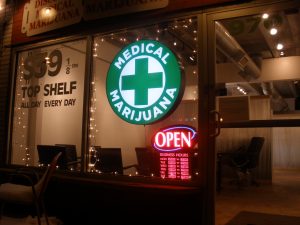 California voters are on the verge of legalizing marijuana for recreational use in California. For nearly 20 years, marijuana possession, cultivation, and transportation have lived in a legal gray area under California’s Compassionate Use Act regulating medical marijuana. As everyone knows, medical marijuana referrals from qualified physicians are not difficult to come by and medical marijuana dispensaries abound.

If Prop 64 passes, Californians who are over the age 21 and older would be permitted to possess up to 28.5 grams of marijuana or 8 grams of concentrated cannabis (hash, wax or dabs). People over 21 would also be permitted to cultivate up to six marijuana plants, as long as it is on private property and out of public view (what does public view mean? We don’t know yet. That’s going to be something likely dealt with by the courts down the road). If people are found to be in possession over the legal limits, they could be convicted of an infraction and required to attend a drug awareness class.

Marijuana will be available through licensed and regulated retailers. For those operating outside the licensing structure, possession for sale of marijuana will no longer be a felony in the vast majority of cases. It will be a misdemeanor punishable by six months in county jail and a $500 fine. However, it could still be charged as a felony if the offense involves “knowingly hiring, employing, or using a person 20 years of age or younger in unlawfully cultivating, transporting, carrying, selling, offering to sell, giving away, preparing for sale, or peddling any marijuana.”

So will Prop 64 pass? Right now the polls look good. There’s widespread support from elected officials and judging from the success of legalization in Colorado, Washington, and Oregon it would seem logical that California is next. If you want it legalized and are registered to vote in California, go out and VOTE.

In the meantime, if you or a loved one have any questions about marijuana legalization in California or believe that you would be eligible for resentencing, you can contact the Law Offices of Jerod Gunsberg at (323) 633-3423 for a free consultation or by using this confidential contact form.