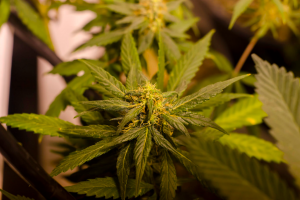 With the passage of Prop 64, marijuana is legal in California. Yet with the appointment of Senator Jeff Sessions as the incoming US Attorney General, many California criminal defense attorneys are wondering what the future holds for legal weed.

Sessions is a notorious advocate for the war on drugs. As recently as last year, during a speech on the Senate floor, he proclaimed his disdain for legal marijuana.

Will he roll back medical marijuana? Can he?

The short answer is yes. Sure. Marijuana is still 100% illegal under federal law. The only reason why federal marijuana prosecutions haven’t flourished in weed-legal states is because the Obama administration’s Department of Justice has designated enforcement of marijuana laws as a low priority. Don’t get me wrong – there have been plenty of federal marijuana prosecutions during the past 8 years. Even here in California. Those prosecutions usually occurred in cases where medical marijuana dispensaries were generating huge profits and the Feds believed they were operating outside of the non-profit spirit of the state medical marijuana statutes.

Beginning in 2018, the California will issue licenses and regulate the for-profit marijuana industry. And while it is unrealistic to think that individual marijuana users will start facing federal charges, the  federal government can certainly shut down, and even prosecute, for profit marijuana businesses even if they’re operating legally in California.

The caveat here is that we are in uncharted political waters and as we’ve seen, anything can happen. Regardless, I am not persuaded that we will see a wholesale shutdown of marijuana legalization efforts.

28 states and Washington DC have enacted medical or recreational marijuana laws. States that allow ballot initiatives will likely follow suit. Voters want this. If the federal government overwhelms the voters in over half the states, the Trump administration would expend a tremendous amount of political capital fighting a battle that could distract from their other policy goals.

On the other hand, those in the California marijuana industry should prepare for serious restrictions in how they conduct their business. Banking will continue to be a problem. FDIC insured banks may continue to refuse proceeds from marijuana businesses and stricter regulations to avoid workarounds may be enacted.

The other distinct possibility is a rise in civil asset forfeitures. In this scenario, the federal government declines to prosecute marijuana businesses and instead pursues civil actions aimed at seizing and keeping all the assets of marijuana businesses. This could have the impact of choking off and preventing the growth of the marijuana industry in California and threaten the existing and thriving marijuana industry in states such as Colorado. Yet this too may come with a political price. In states where marijuana is legal, either for recreational or medical use, it is very popular with voters.

Donald Trump has voiced support for medical marijuana. But that was during the campaign. Now that he’s in office he will likely cede much control over enforcement decisions to Jeff Sessions. And of course, all decisions like this are subject to which way the political winds are blowing. The question is whether Sessions wants to make marijuana enforcement a personal priority even if it’s not a priority for the administration.

But again, in this craziest of all political years, anything, everything or nothing could happen. Until then, California will push ahead with implementing Prop 64 and we will stay tuned.