Most drug trafficking cases are defended by reviewing the evidence that the police and the prosecutors are relying on to establish an intent to distribute.  The Drug Enforcement Agency (DEA) and the Federal Bureau of Investigation (FBI) use a variety of evidence to determine whether they feel someone is distributing and/or manufacturing a controlled substance.

Examples of this evidence includes:

In Federal court, the prosecutor works for the United States Attorney’s office.  The individual prosecutor is called the Assistant U.S. Attorney.  He or she has the burden of proving every element of a drug trafficking case beyond a reasonable doubt.  This includes establishing the exact quantity of the drug involved, as well as introducing evidence  that ties the person charged with drug trafficking or an intent to traffic drugs.

When someone has yet to be charged with drug trafficking, but has reason to believe that federal agents may want to talk to them, an experienced drug trafficking defense lawyer will, after speaking to their client, talk to the prosecutor and present their case in the best light possible.  This often includes explaining why information in police reports or other evidence that the prosecutor is relying on isn’t as accurate as the police reports indicate.  It is always better to have an experienced attorney speak to federal agents on your behalf than to speak to them on your own. 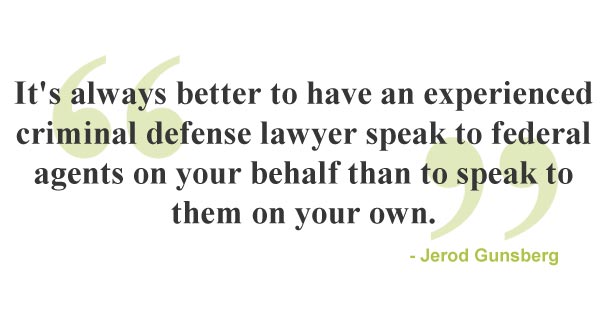 When someone has been charged with drug trafficking, we vigorously defend our clients by pointing out that some aspects of the police reports or other evidence the prosecutor is relying on isn’t accurate or as incriminating as the police believe. This can include showing that witnesses could not have clearly seen what they claim to have seen, that they have an ulterior motive to make false allegations about our client, or introducing evidence that we have collected from witnesses or from our own investigation.

Our defense of drug trafficking cases also involves making the strongest possible arguments that our client’s sentence should be reduced or eliminated.  Federal sentencing law is very complicated, and includes dozens of different grounds for reducing someone’s sentence or for arguing that an aggravating factor should not apply.  These arguments are made directly to the prosecutor if a plea bargain is being considered, or directly to the federal judge who has the ultimate authority to decide what prison sentence or other punishment is appropriate.

Penalties for Distribution of A Controlled Substance

Under federal law, penalties for drug trafficking depend on the quantity of the drug involved, whether this is a first or second offense, and whether the distribution of the drug (or in some cases a mixture containing the drug) caused serious bodily harm or death.  The penalties for drugs such as heroin, PCP, methamphetamine, cocaine, and marijuana are determined for specific quantities.  For meth, the quantities are measured in grams, and for marijuana in kilograms.  The specific penalties are described on the specific pages for PCP, cocaine, methamphetamine, opium, and heroin.

The overall pattern is the same across different drug categories.

For the lowest quantity of the drug that is prohibited:

For a higher amount of the drug:

When the highest quantity of a drug has been seized or when serious bodily injury or death results is alleged to have resulted from the use of the drug the maximum penalty, even for a first offense, is life in prison.

As indicated above, federal sentencing law is very complicated and contains numerous exceptions.  Depending on the circumstances of a particular situation, an experienced federal heroin defense lawyer may be able to negotiate a much lower sentence or even no jail time at all.

Why an experienced drug trafficking attorney can help.