Los Angeles Felony Domestic Violence Arrest: What Does It Mean?

ESPN reports that Los Angeles Clippers rookie Brandon Dawson has been arrested on felony spousal abuse charges, commonly known as “domestic violence.” There have been many high-profile instances of athlete arrests for domestic violence, and unfortunately there always seems to be a presumption of guilt rather than a presumption of innocence; this is why it’s important to remember some key things about spousal battery and spousal abuse charges. 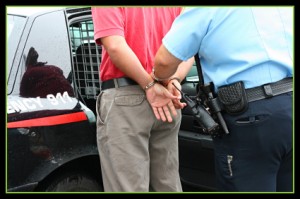 First, just because someone is arrested for a felony does not mean that he or she is going to be charged with a felony. In Los Angeles County, especially in the city of Los Angeles, domestic violence arrests almost always result in a felony arrest. In our post-OJ Simpson world, the police take no chances. If they have probably cause to believe a domestic violence incident occurred, they make a felony arrest. However, it is a prosecutor who makes the ultimate determination as to what charge (if any) should be filed. What ultimately gets filed depends on the arrestee’s criminal history and the seriousness of the allegations—were there any serious injuries, was this mutual combat, how was the crime reported?

Second, felony domestic violence charges generally require serious injuries or a significant criminal history. Generally speaking, in Los Angeles, a felony domestic violence filing requires the alleged victim to sustain fairly serious injuries. Injuries such as broken bones or severe lacerations will usually result in a felony filing. Additionally, even if the alleged injuries are relatively minor, if the defendant has a prior domestic violence conviction or a significant history of violent crime, this could also result in a felony filing.

Third, and perhaps most importantly, there are two sides to every story. Yes, domestic violence is a serious crime, but only if a crime has actually been committed. I’ve been defending these cases for years, and I understand and appreciate why the police make arrests if there is any allegation of domestic violence. However, I am equally aware of the number of false accusations made in the heat of an argument or in the heat of anger. Intimate relationship dynamics are complex, and there are all sorts of motivations for accusing someone of domestic violence.

BOTTOM LINE: Don’t assume just because you or a loved one is arrested for felony domestic violence that he or she will be convicted of domestic violence. In fact, no case may be filed at all. Contact The Law Offices of Jerod Gunsberg at (323) 633-3423 for a free consultation or use our confidential contact form.