Thoughts on the Gun Control Debate 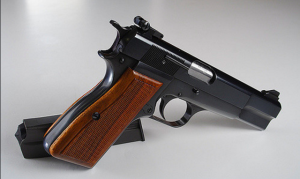 By the time you have read this and we all have had time to process the Orlando mass shooting, I will still have no answers, and don’t have much left to say at this point. I defend people accused of firearm related offenses. I will continue to do so. I will continue to go to the mat for all my clients without hesitation, no matter what they are charged with.

I am writing this blog post to recommend a book. Not a blog, not a meme, not an infographic, not a video. A book. The book is called “Gunfight”, written by UCLA Law professor Adam Winkler. It is a book with citations to empirical evidence and primary sources. Yes, it is written by a law professor, but don’t let that scare you. It is a breezy read and a good story, and, over the past couple of years, it has shaped my thinking on the issue. I go back to it quite often. It illustrates how the right to bear arms and gun control have been intertwined since the founding of our country and how both are here to stay. Those who hold extreme positions on both sides of the issue don’t like this book. That’s always a good sign, right?

I have no answers. There are more than 280 million guns in America. America has the highest rate of lawful gun ownership. At the same time, when compared to other high income nations, Americans are seven times more likely to be killed as a result of gun violence and six times more likely to be accidentally killed with a gun. We must balance the rights of responsible firearm owners with the need to increase public safety.

Yet I am more optimistic today than I was the day after shooting. In the time that’s followed, I am persuaded that if we change the conversation beyond talking points, look to our history, and focus on the issues rather than focusing on the people on either side of the issues, we can and will break the cycle of gun violence and change our culture.

Peace and strength to all of us.

You can pick up a copy of Gunfight at your local library, or you can order from Amazon.