What is the Definition of “Cohabitation” in California Domestic Violence Cases? 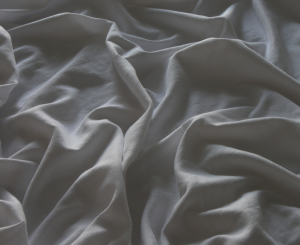 There’s nothing in Sec. 273.5 that defines “cohabitant,” but the California courts have grappled with the definition. For starters, if the accuser and defendant are married or were ever married, it makes no difference whether or not they’re currently living together at the time of the alleged offense. The fact that they’re currently or formerly married is enough to meet the requirement for Penal Code 273.5(a).

But for those in a current or former dating relationship, it gets a bit more complicated. The court will look at the total circumstances of the relationship to decide whether or not it meets the standard for cohabitating. In People v. Taylor (2004) 118 CA4th 11, the California Supreme Court summarized the long line of cases which addressed the definition of cohabitating:

The term cohabitant has been interpreted broadly to refer to those living together in a substantial relationship–one manifested, minimally, by permanence and sexual or amorous intimacy… The element of permanence in the definition refers only to the underlying ‘substantial relationship,’ not to the actual living arrangement. Permanence does not require exclusivity in either the relationship or the living arrangement. For purposes of criminal liability under section 273.5, a defendant may cohabit simultaneously with two or more people at different locations, during the same time frame, if he maintains substantial ongoing relationships with each and lives with each for significant periods. [Internal quotes and citations omitted].

So what does this mean in plain English? It means that as far as the law is concerned, a couple doesn’t need to live together to be in cohabitating relationship. While there needs to be an intimate relationship (yes, that means sex), it likely needs to be something more than a one night stand or the occasional booty call. We also know that the relationship does not need to be exclusive. Both the accuser and defendant could be dating other people, not living together, and the court (or a jury) could still decide they are cohabitating.

It’s also worth noting that there’s some older case law which says that “occasional” sexual relations are enough, but does not go on to define “occasional.” There’s even an older court decision which says that no sexual relationship is necessary for cohabitation, but it is unclear whether or not this is still good law. Especially because it is clear that people who are merely platonic housemates are not cohabitating under the standards of PC 273.5.

BOTTOM LINE: In California, if the defendant and accuser are not or were never married, and don’t live together, the issue of whether they cohabitate depends on the facts of their situation. It takes an experienced California domestic violence defense attorney to analyze and argue the facts. You can contact the Law Offices of Jerod Gunsberg at (323) 633-3423 or via the secure contact form on this page for a free and confidential consultation.