Arrested at Coachella… Now What? 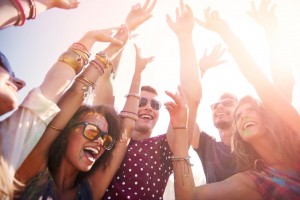 There were over 270 arrests this year at the Coachella Art and Music festival, a 15 percent increase compared to last year’s festival. While the vast majority of arrests were related to possession of narcotics (especially Molly), there was a well-publicized fight between security guards that resulted in a stabbing.

So why the increase in arrests this year? Simple: there were more undercover police at the festival. In the wake of numerous high profile drug-related deaths at Southern California festivals over the past year and in the wake of the Paris and San Bernardino terrorist attacks, enforcement was higher. Festival goers weren’t expecting increased enforcement. More people got caught and arrested at Coachella.

The Coachella arraignment dates are all in August at the Indio Courthouse in Riverside County.

No. Unless there’s a problem of proof with the case or some major procedural defect, the DA will not dismiss the case. Riverside County didn’t pay all that overtime and go through all that effort for Sheriff’s deputies to work undercover, haul everyone in golf carts to “Coachella jail” and all the rest just so the DA could dismiss the case. Your case is getting filed.

If you were arrested at Coachella or have more questions you need answered, call The Law Offices of Jerod Gunsberg for a free consultation at (323) 633-3423 or use our confidential contact form. You can also check out our website dedicated to arrests at Coachella.