Common Questions About Arrest Warrants and Bench Warrants in California 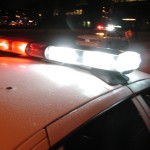 One of the most satisfying aspects of being a criminal defense attorney is helping people deal with handling old arrest and bench warrants in courts in Los Angeles County and throughout California. Helping people no longer live as a fugitive is a tremendous responsibility and one I take very seriously.

If you’re reading this, you may have a minor misdemeanor warrant for a missed court date or you may have been living on the run for decades. I routinely handle both situations on a regular basis, and I can tell you that dealing with it is usually not as bad as you think. Sure, some situations are easier than others, but often the fear of the imagined consequences is usually not as bad what actually happens.

Here’s some of the common questions asked about old warrants along with answers that may help you start the process of dealing with the situation.

So much time has passed, hasn’t my warrant just gone away?

Unfortunately, no. No matter how much time has passed, no matter where you’re living today, no matter how far you’ve come in your personal life since you were arrested, the warrant is not going away. In California, once an arrest warrant or a bench warrant has been issued by a judge there is no way to get it out of the system until you, with the help of an attorney, go into court to recall it. I routinely handle warrants that were issued 15, 20, and even over 30 years ago. They are still active and still in the system. The only way out is to go through the process of presenting yourself or an attorney going to the court and dealing with the situation.

But if I show up in court, won’t the judge just put me in jail?

Every situation is different, so it’s impossible to give a blanket answer. But here’s the deal: If you show up on your own (as opposed to coming into court in custody after being arrested on the warrant) and your attorney presents mitigating evidence for the court and the prosecutor, you have a much better chance of leaving the courtroom through the same door you walked in.

For example, if your situation is one where you were arrested or had a case filed against you and never showed up for court, there may be a defense known as a Serna motion. If the facts and circumstances support a Serna motion, your defense lawyer will argue that because the police never enforced the warrant against you your constitutional right to a speedy trial was violated. This could very well to lead to a dismissal of the case altogether.

If your situation is one in which you failed to complete a term of probation, the judge may very well grant you a release on you own recognizance (meaning you don’t have to post bail) while you complete the remaining term of your probation.

In other situations, the judge may want you to post bail before he or she agrees to release you. If this happens, your attorney can usually arrange a bail bondsman present in court so that bond can be posted without you going into custody.

I want to clear my warrant, but I live outside the country. How can I enter the United States to clear the warrant?

I deal with this catch-22 all the time. You want to come to California to clear the warrant, but you can’t get a visa because of the warrant or, if you live in a country where a visa is not required to enter the United States, you’re afraid you’ll be arrested at the airport once you land in California.

I Am a United States citizen living in another country. Will I be arrested once I land in California?

You might and you might not. Similar to the answer to the last question, it may be possible to get the warrant recalled and held until a certain date pending your appearance in court, but a judge has less incentive to do it since as a United States citizen you won’t be barred from entering the country just because you are a fugitive. Again, it all comes down to the facts and circumstances of your specific case and situation.

BOTTOM LINE: You owe it to yourself to explore the options. Consider taking a look at how I handle recalling warrants in Los Angeles County. I can be reached any time by phone at (323) 633-3423 or via the secure contact form on this page.