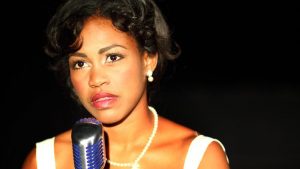 By now everyone knows about the widely reported story actress Daniele Watts was detained by the Los Angeles Police Department on suspicion of committing a lewd act in public or an act of prostitution. The LAPD claims that they detained Ms. Watts after a 911 caller claimed they witness the alleged lewd act. Ms. Watts, who is African-American, claims that she was merely kissing her boyfriend, who is white, in his Mercedes Benz on a public straight in an upscale area of Los Angeles. Ms. Watts claims that she committed no crime and that the LAPD detained her based on racial bias. And to be clear, Ms. Watts was not arrested nor was she charged with a crime. The LAPD ultimately found that no crime was committed.

Plenty of people have already sounded off on this story, but here’s my two cents from the perspective of a Los Angeles criminal defense attorney who regularly defends prostitution cases:

First of all, Ms. Watts and her significant other were detained in Studio City. This is an upscale area of Los Angeles that is not known or targeted by LAPD as an area of concern for prostitution activity. The alleged encounter involving Ms. Watts occurred in broad daylight on Ventura Boulevard, the main commercial througouhfare of this area.

Second, in the many hundreds of Los Angeles prostitution cases I’ve defended, I’ve never seen an allegation in a police report that “kissing in the street” was a factor in determining that a lewd act in public or act of prostitution was occurring. Not one. Ever.

So what happened here? Well, we’ll never really know. That’s just the nature of these things. It was a confluence of events. But here’s what I think. I think someone saw an African-American female engaged in some heavy making out with a white male. This took place in a Mercedes that appeared by owned by the white male. This person filled in the blanks in his/her head and called 911 to report what they thought they saw, not necessarily what they actually saw. LAPD arrived and then did what they so often do: They presumed a crime had been committed and they put Ms. Watts and her boyfriend in a position where they needed to overcome a presumption of guilt and convince the cops that no illegal activity occurred.

So do I think this was racially based? 100% I do. Unless someone can show me evidence to the contrary, which nobody has done yet.

LAist is now reporting that LAPD officer on seen never thought that Ms. Watts and her boyfriend, Brian James Lucas, were engaging in an act of prostitution.  But the same article reports that LAPD repeatedly asked Mr. Lucas: “Do you really know her?”  This question indicates to me that this was a prostitution investigation.