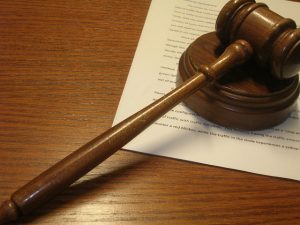 There will be much discussed about the political and policy angles of this case. But that’s not what we’re discussing here. This is a good moment to take a deeper dive into the law under which these two people were charged.

The substantive charge in this case is PC 632(a) – recording without consent. The charge is what’s known as a “wobbler” meaning it can be filed as either as a felony punishable by up to three years in prison or as a misdemeanor punishable by up to a year in a county jail.

The elements for Penal Code Section 632(a) are similar to other California invasion of privacy laws. What’s notable is that California is a two-party consent state. This means that anyone involved in a conversation, whether in phone or in person, needs to consent to having their conversations recorded. This does not apply to law enforcement situations. Also, there are some situations where a person is the subject of a restraining order, where a court specifically allows non-consensual recording. But in the vast majority of cases, both parties must consent. This is true even if you’re recording a phone call into California from another state that only requires one party consent.

The law states that a violation occurs only if it’s a “confidential communication” that’s being recorded. It’s important to remember that the word “confidential” does not necessarily mean “secret.” If you record giving someone a public speech without their permission, there’s no violation. But if you have a conversation with your neighbor, there’s no law forbidding you from telling other people about the content of the conversation. But if you were to record the conversation without your neighbor’s permission, that would be a violation of the law. Same applies for alleged business meetings, which is the crux of the Planned Parenthood case (although it appears this wasn’t even a legitimate business meeting).

As you would expect, this law also applies to eavesdropping and listening devices placed in people’s own homes, unless law enforcement officials do it with a valid warrant.

For all the political turmoil surrounding the Planned Parenthood case, at the end of the day this is a simple matter of whether or not this was a confidential communication and whether or not there was consent to record.

Special thanks to Brian Turner for the image.