You Can’t Even Hold Your Phone While Driving: 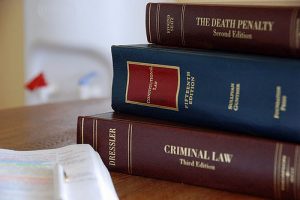 The police can now pull you over and give you a ticket for even holding your phone will driving. That’s right. No more “I was just looking at Waze” as an excuse. You can have your device mounted on one of those holder/stands that you see in Uber and Lyft as long as it does not obstruct your view out the windshield or side windows. You can touch or tap or swipe at least once to get into or exit an App. So no more Tinder, Grindr, Spotify or Pokémon Go while driving. Sorry. Read it and weep.

Do you own a gun magazine that holds more than ten rounds? You have until July 1, 2017 to get rid of it or face an infraction and a fine. If you get caught bringing a large capacity magazine into California, selling one, possessing it for sale, manufacturing one or even giving it away, you face a misdemeanor charge and up to a year in county jail. Read all about it here.

No More Firearms With Bullet Buttons:

California has long banned a category of firearms commonly known as “assault weapons”, the exception in the law is a “bullet button” which allows the user to remove the clip with the tip of a single bullet. No more. These firearms are now illegal. If you purchased one before January 1, 2017 you can still won it. But sales and transfers of these “bullet button” modified firearms are now unlawful.

Lane splitting is the uniquely California phenomena of motorcycles being allowed to drive next to stopped vehicles vehicles in the same lane on freeways and surface. This is a law that baffles many people and scares the crap out of the uninitiated. Fortunately, this law will also allow for the California Highway Patrol to push public service programs to the public so drivers understand how to deal with lane splitting bikers.

In the wake of the infamous Brock Turner case (the Stanford swimmer who got probation after sexually assaulting an unconscious woman), probation is no longer an option for adults charged with a wider variety of sex offenses. Revised Penal Code Section 1203.065 (a) was either unconscious or incapable of giving consent due to intoxication” to probation ineligible offenses.

There will undoubtedly be more changes to the California Penal Code throughout the year and we will keep you updated. In the meantime, if you or a loved one are facing a criminal investigation or charged with a crime contact The Law Offices of Jerod Gunsberg at (323) 633-3423 or via this contact form for a secure and confidential consultation.

Special thanks to Paige for the image.