Local Prosecutors Should Not Investigate or Prosecute Local Police Misconduct 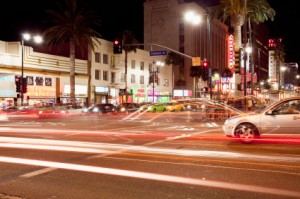 If you know any District Attorneys in California, ask them if they ever get traffic tickets. Chances are that for most traffic infractions they don’t. Especially in the counties in which they work. At a traffic stop, once a cop figures out the driver (or sometimes even the passenger) is a prosecutor, the ticket book gets closed up and the driver goes on their way with little more than a lukewarm warning. I know. Big deal, right? This sort of thing is to be expected. I don’t find it particularly offensive or corrupt, it’s the way the world works. After all, I don’t think anyone would disagree that local prosecutors and local police are on the same team. They rely on each other to work up their cases. Every single criminal case that’s filed by a local prosecutor involves a local police officer as a witness. They attend the same training conferences and recreational events. The DA prosecutes cases in which police officers are victims, and it would be unimaginable for anyone running for election to lead the District Attorney’s Office would be successful without the support of local law enforcement. Letting one of your teammates slide on a minor traffic infraction is part of the game.

And then there’s the day to day workplace reality of any lawyer for the DA’s Office: The average Deputy District Attorney spends much of his or her day in an assigned courtroom defending the local cops against challenges from criminal defense attorneys.  Prosecutor’s offices measure their efficacy based on the number of convictions.  To convict they need to prove their case beyond a reasonable doubt.  The defense needs to prove nothing; the defense just needs to raise reasonable doubt.  The most common way for a defense attorney to raise reasonable doubt is to challenge the investigating police officer’s methods and tactics.  The most common defense motions in criminal cases are ones which challenge the police’s assertion that they had reasonable suspicion to stop a motor vehicle or probable cause to search someone’s residence. Cross-examination of a police officer on the stand is one of the most important pieces of trial training for any criminal defense attorney.  The DAs are the ones who must stick up for their cops, they stick up for them to defense lawyers, to judges and juries.  They do it all day every day.

So when a police officer is accused of using excessive force in a Kelly Thomas case or shooting at an unarmed, innocent civilian during the Dorner manhunt isn’t it too much for us to expect a local District Attorney’s Office to investigate these same cops? Sure, if a cop is accused of a crime not related to their work or committed off duty,  that may be a different story. But if the conduct in question is directly related to their actions in the line of duty, can we expect these same DAs to stand in front of juries and throw all their professional gusto into obtaining a conviction?

The Office of the California Attorney General needs to get serious about assigning a special, independent prosecutor office to investigate and prosecute police misconduct cases. Ideally, this would be a team of lawyers without relationships with the local police agencies they prosecute and who can be appointed to handle specific cases.  The assigned attorneys should have experience in pursuing police misconduct cases in the civil courts or who are accustomed to handling public corruption cases.  In other words, lawyers who are not predisposed to viewing police as their teammates.

Would an independent prosecutor have resulted in a conviction in the Kelly Thomas case or a filing against the cop who shot at the innocent civilian during the Dorner manhunt? There’s no way to know. But it would go a long way in restoring the public’s trust in the ability of their local prosecutors to protect the interest of the people they serve.