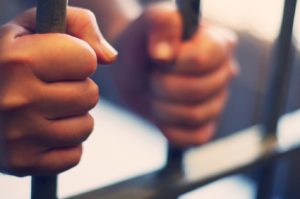 California Assembly Bill 2124 is currently on Governor Brown’s desk ready for signing. What’s AB2124? It’s a proposed law that would institute a pilot program in Los Angeles County that would allow for a judge to grant a dismissal, over the DA’s objection, on certain misdemeanor cases.

To understand why this is significant, a little background. A frequently sought after disposition in misdemeanor cases is what is known as a “formal diversion” or a “conditional plea.” In these type of cases, a defendant pleads guilty or no contest to a charge but is not sentenced. Sentencing is continued (delayed) for a set period of time during which time the defendant performs a variety of obligations: Community labor, community service, payment of restitution and/or fines, completes counseling or takes some court ordered classes. If whatever agreed on conditions are satisfied, the guilty or no contest plea is withdrawn, and the case is dismissed before sentencing. The benefit here is that the defendant can honestly say that he or she has never been convicted of a crime. This is most commonly seen in drug possession cases (deferred entry of judgment or “DEJ”) and prostitution cases (the prostitution diversion program). However, frequently the defense and prosecution arrive at this disposition in other cases as well.

So why this proposed law significant?

For decades, California law precludes judicial officers from dismissing any criminal cases unless the prosecutor agrees to allow it (usually as part of a plea bargain) or there is statutory authority to do so. A defendant always has an absolute right to an “open plea”, which guilty plea to all charges directly to the court. After an open plea, the court imposes a sentence without the prosecutor’s involvement. The court can impose any legal sentence. But the judge is not allowed to impose a formal diversion/conditional plea sentence on an open plea, since that would be a dismissal.

AB 2124 would allow a judicial officer to grant a formal diversion on certain misdemeanors, even over the prosecutors objection. Sounds good for defendants, right? Well, sure, but it’s interesting to note that the most common misdemeanors are absolutely not eligible for judicial diversion under the proposed law. Ineligible misdemeanor offenses include:

So what common offenses would be eligible? The only common offenses that come to mind are vandalism and vandalism related offenses (graffiti, tagging), any assault or battery (as long as it is not domestic violence or involves a firearm), petty theft, grand theft or commercial burglary, receiving stolen property, sale of counterfeit merchandise. First time prostitution and drug possession would be eligible as well, but Los Angeles courts already have diversion in place for such offenses.

Additionally, it remains to be seen whether many judges will use their discretion to grant diversion on eligible cases or risk incurring the wrath of local courthouse prosecutors.

Bottom line: This law is an important step in tailoring appropriate punishments for misdemeanors, but it is very limited in scope. It also remains to be seen how it would work in practice.

If you or a loved one is charged with a misdemeanor or any crime in Los Angeles County or anywhere in California, contact The Law Offices of Jerod Gunsberg for a free and confidential consultation at (323) 633-3423 or by using our confidential contact form.