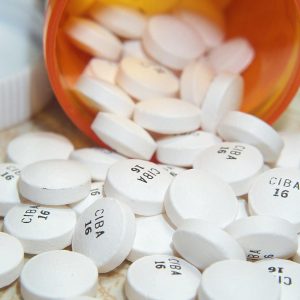 Proposed AB 2603, which is currently winding its way through the California legislature, would finally legalize something you’ve probably already done numerous times: Pick up a prescription for an ill family member and bring it to him or her. Yes, that’s right, this sort of thing is illegal in California.

Nobody really ever gave this much thought until the California Court of Appeal ruled on a case called People v. Carboni (2014) 222 Cal.App.4th 834. The case involved a man named Carboni who was stopped by police for a routine traffic stop and was found to be transporting a bottle filled with prescription pain killers for an ill friend. He was charged and convicted of a felony for illegally transporting prescription narcotics in violation of an old version of Health and Safety Code 11350(a), 11352, and former section 11377(a).

Of course, this is ridiculous and unfair and the appellate court even acknowledged as much in their opinion. But the court’s hands were tied. There is no California law that provides a defense to transporting or possessing prescription drugs other than the person whose name is on the prescription. The court correctly noted that a change in the law has to come from the legislature. Some members of the California legislature took the court’s hint and are now trying to get a bill passed and signed by the governor that would expand the “prescription defense” to third-parties who are designated by the person to whom the medication is prescribed.

Specifically, the current proposed version of the statute states that there is a defense to certain transportation and possession of narcotics statutes if:

“The possession of the controlled substance is at the direction of with the express authorization of the prescription holder.”

This is a common sense law that legalizes what has long been a common practice for family members and caregivers of the ill and injured. It is hard to understand why there would be any opposition to this law, and truthfully, there does not appear to be. This law is especially important for the elderly who are homebound, often have extensive medication requirements and are unable to get themselves to a pharmacy. And what about kids? Has it really been illegal all this time for babysitters of children to go pick up medication for them?

This is a common sense law that should pass both the assembly and the senate and earn a signature from the governor.

If you or a loved one are accused of possession or transportation of narcotics in Los Angeles or any other part of California, contact the Law Offices of Jerod Gunsberg at 310-210-0744 or via our confidential contact form for a free consultation.