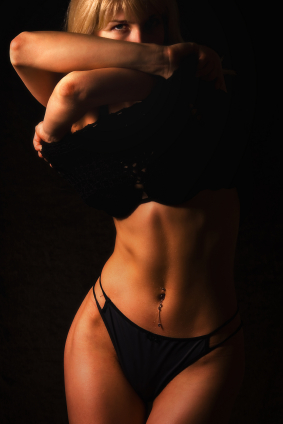 A recent Huffington Post article discussed a crackdown on prostitution cases in the San Fernando Valley. Specifically cases in the Van Nuys and North Hollywood neighborhoods. You can be assured that this kind of national, high profile press means that harsh enforcement efforts from the Los Angeles Police Department and Los Angeles City Attorney’s Office will not let up anytime soon.

The article says that recently elected Los Angeles City Council Member Nury Martinez has identified prostitution in Van Nuys’s Supelveda corridor and surrounding neighborhoods as “one of her top priorities.” When a member of the City Council makes prostitution cases a top priority, those accused of prostitution crimes at the Van Nuys Courthouse should not expect a whole lot of leniency from the Los Angeles City Attorney. The political pressure to aggressively prosecute is simply too much for a city prosecutor to ignore.

What’s unfortunate about this is the fact that Van Nuys does not offer any sort of set diversion program for those accused or prostitution. Unlike the East Los Angeles and Compton courthouses which offer alternative prosecution and sentencing schemes which allow the accused to avoid a conviction, no such luck in Van Nuys. Be wary of any attorney who says they can “get you a diversion program” in Van Nuys or that they’ll “talk to the City Attorney’s Office about dismissing the case,” that’s simply not the way it happens there.

In the Van Nuys courthouse, there is only one way to fight your prostitution case: Hire a lawyer who will actually fight your prostitution case. This means investigation of the case, investigating how the police effectuated the arrest, the fact that the police conducted an elaborate sting operation but never bothered to audio or video record the interactions that lead to your arrest (in the overwhelming majority of Los Angeles County prostitution cases, there’s no recording and I’ve never seen or heard or heard a recording in a Van Nuys case), possible motions to disclose the police officer’s personnel records to see if they’ve falsified police reports in the past, investigating how the sting operation was conducted, and most importantly never, ever being afraid to set a case for trial.

Bottom Line: The police and prosecutors in the San Fernando Valley are under enormous political pressure to aggressively prosecute any and all cases that have anything to do with prostitution. Whether it is a solicitation case, agreeing to engage in an act of prostitution, pimping or pandering, expect enforcement actions to increase for the foreseeable future. But don’t be intimidated, you can and should fight back.

If you or a loved one has been arrested and charged with prostitution or a related crime, do not hesitate to contact the Law Offices of Jerod Gunsberg for a free and confidential consultation. We are here to help and can be reached at (323) 633-3423 or via the secure contact form on this page.